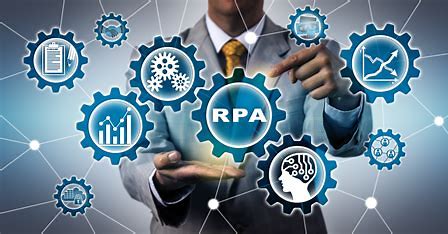 RPA: Before You Start Your Project

RPA (Robotic Process Automation) has been the hot issue in finance for several years for larger enterprises. However, every day we come across finance executives who have never heard of it. Sometimes CFOs say they have heard of RPA but admit not fully understanding what it is. In other words, even when they are aware of it, the idea of RPA seems highly conceptual.

To go from concept to practical, a CFO needs to understand the impact directly within her organization. How can RPA help her get her AP team to process more invoices in less time than they do today? Or how can she automate complicated journal entries so they take seconds instead of hours?

After making RPA practical, we know CFOs ask the more important questions: is it going to produce a return for my organization? How long will it take to create those returns? And, is RPA the best way to create those efficiencies? To answer those, start with the current state.

When we speak to CFOs, we generally advise that the first step in their optimization process should be gathering a complete documentation of current processes. There are many ways to document processes, but we prefer flowcharts. Flowcharts create opportunities to spot efficiency gaps and control risks that are hidden in plain sight otherwise.

Often the documentation reveals issues that seem so obvious. However, getting to accurate documentation requires significant digging through data, conversations with team members, and several iterations before the final product. While the work is tedious, an experienced team can uncover a reasonably good documentation in under a month. With the right documentation, there will be several pathways.

Before jumping on the RPA train, it is important to explore other alternatives first. Is an inefficient process fixable with some other changes? Often, we find there are a good many processes that can be refined easily. In one example, after documentation, a client noticed that one process—the recording of their credit card statements monthly—as a dependency for many other steps in their close. Instead of investing in additional technology, moving to make that step happen earlier was the obvious answer. That simple change allowed them to shrink their close by 30%.

Roll On with RPA

Now, after exploring alternatives, you should have processes that likely make sense for RPA. Examples of these have included tedious processes that bore staff and could be done by programmed robots. Those robots could accomplish those tasks overnight and make your team of humans more productive to deal with issues that only they can solve. For one client, 80% of their Accounts Payables teams’ exceptions were solved in a similar manner. RPA was able to solve those issues. The AP employees came in every morning knowing most of those tasks were done and they could focus on the exceptions only they were needed to resolve.

Other RPA examples involve complex rules that take significant time of highly qualified finance team members. An example of this might be the various levels of allocations within a utility company or large manufacturers. We have seen examples where staff remained late into the night to perfect these allocations. While those involved in the process labored, the rest of the team was held up as well.  Yet, as complicated as those tasks have been, we have seen clients eventually benefit from the use of RPA to get the same results in a fraction of the time it previously took.